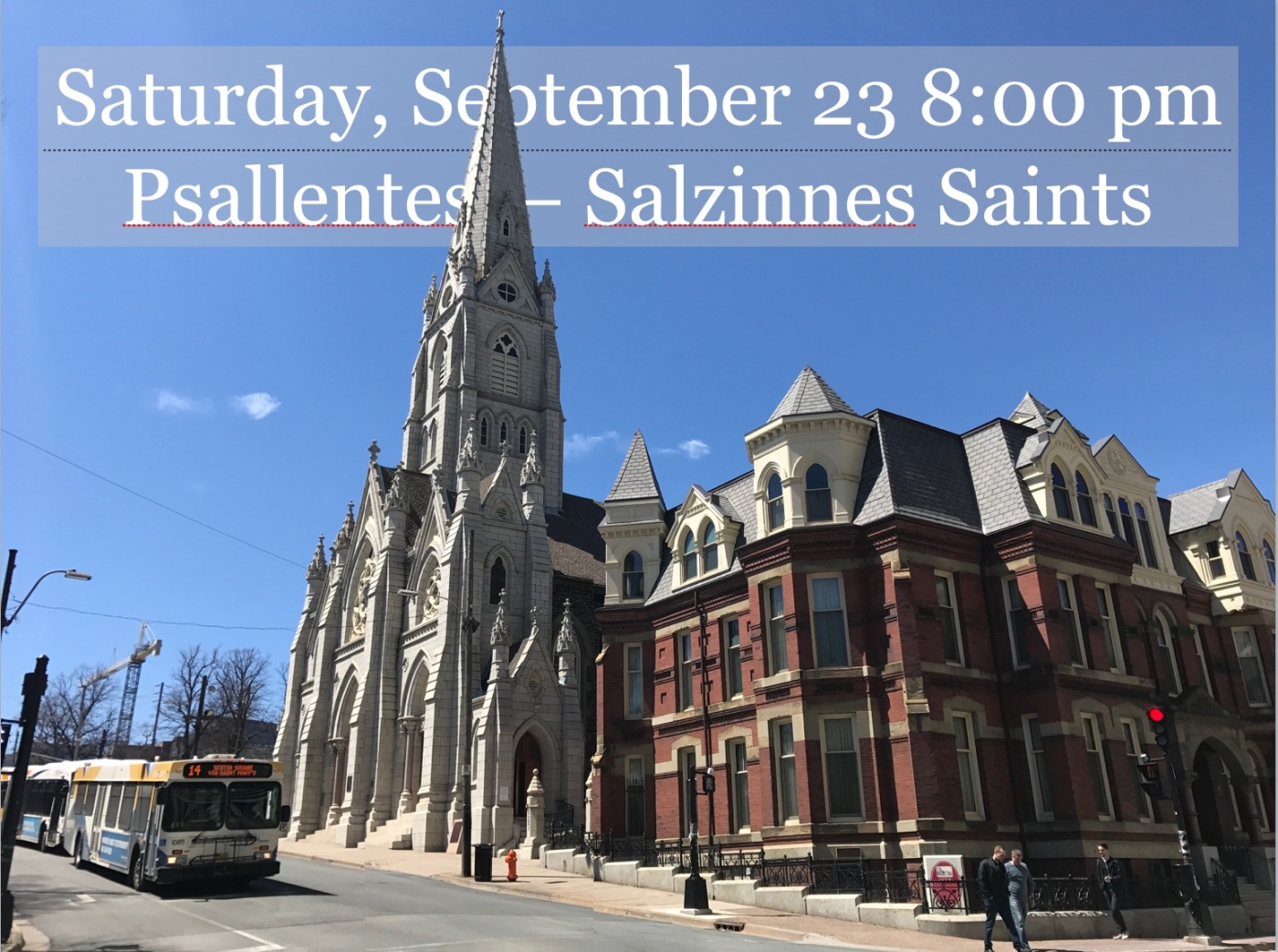 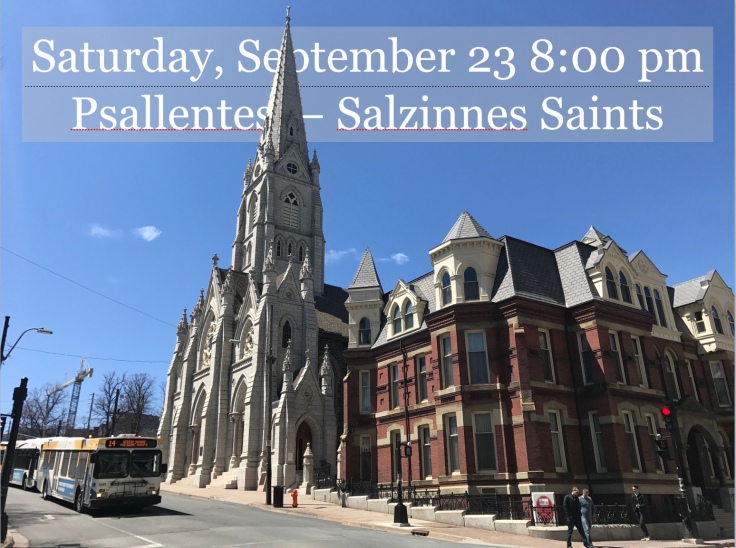 Saturday, September 23, 2017, 8 P.M., Saint Mary’s Basilica, Halifax, Nova Scotia, Canada. The women of Psallentes will sing a program of plainchant from the Salzinnes Antiphonal, including music for Advent, for the Nativity of Mary and the Annunciation, and for Saints Andrew, Agnes, Agatha, Roch and Hubert. Certain verses of the hymn Ave maris stella and the canticum Magnificat are taken from polyphonic settings by Clemens non Papa (ca. 1510 – 1555/1556). Tickets here!

Commissioned in 1554-1555 by Prioress Dame Julienne de Glymes, the Salzinnes Antiphonal originated from the Cistercian abbey of Salzinnes near Namur, in present-day Belgium. The manuscript (240 folios) contains sung portions of the Divine Office, including antiphons, responsories and hymns.

Painted in a bright palette in gouache on vellum, the manuscript features full-page illuminations, historiated initials and decorated borders. Of particular significance are the depictions of nuns living in the abbey in the mid-sixteenth century and identified by their names, some with their coats-of-arms.

The Antiphonal was likely acquired in the 1840s or 1850s in France and brought to Nova Scotia by Bishop William Walsh, the first Archbishop of the Archdiocese of Halifax. It was donated to the Patrick Power Library, Saint Mary’s University, in 1975. Tucked away in Special Collections, the unidentified manuscript was discovered in 1998 by art historian Judith Dietz. Since then, the Antiphonal has been the subject of research and several multi-disciplinary projects, including the 2017 exhibition ‘Centuries of Silence: The Discovery of the Salzinnes Antiphonal’, held at the Art Gallery of Nova Scotia and curated by Judith Dietz.